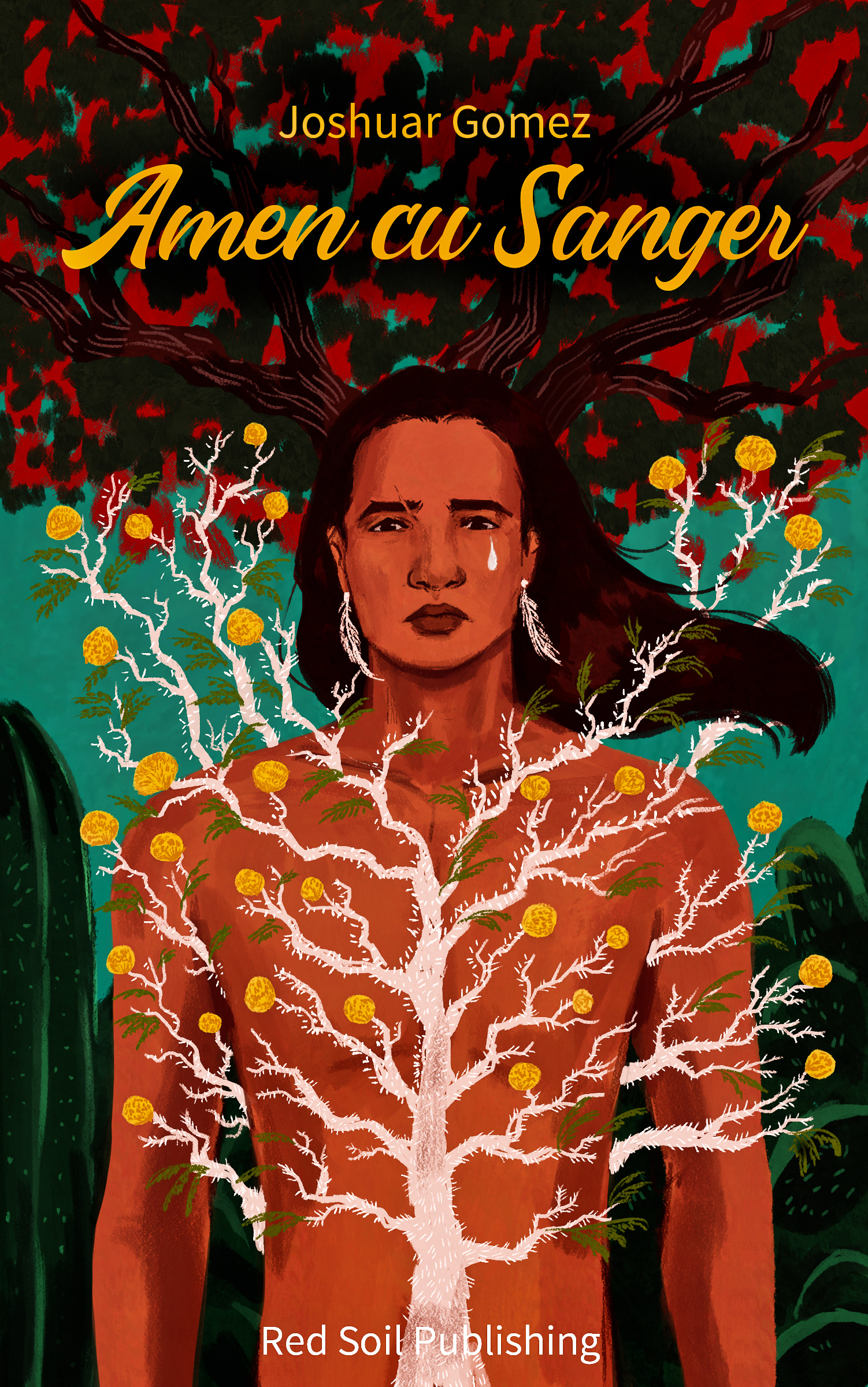 When I pre-ordered Amen cu Sanger by Joshuar Gomez, I was not sure what to expect. I was eager to get my hands on it because I know the Aruban community is starved for queer representation, especially in the island’s native language of Papiamento. I had no idea what this representation would look like, however.

On the afternoon the book was released, I got it loaded up on my Kindle, and I started reading right away.  What immediately stood out to me, was how poetically it was written. As someone who did not grow up speaking Papiamento, I’m not often exposed to artfully written content in the language. It is refreshing to see words in a language that is considered to be relatively simple, be arranged in such a thoughtful, almost whimsical way. At the same time, my sub-par grasp of the Papiamento language was not a barrier for me to get sucked into the story at all, and get sucked in, I did.

This is a spoiler-free review so I will not be discussing any plot points, but I will describe how I felt while reading.

The protagonist, Alex, is one of those main characters that many of us, LGBTQ+ or otherwise, can recognize ourselves in. Not only is he intelligent, loving, and loyal to a fault, he is also unwavering in his identity. This makes him very relatable, which in turn made me want to know more about his journey. I was happy to root for him.

Amen cu Sanger does a very good job tackling the fundamentally flawed view many Arubans have of gay youth and gay people in general. While this story is told around the experiences of Alex, the author was able to provide multiple examples of injustices against gay people, the importance of positive gay representation, and complex family dynamics. This kept the book multi-dimensional, all without getting side-tracked from the main story.

As someone who, admittedly, doesn’t know much about the indigenous community of Aruba, it was great to get a little bit of an inside look in the culture and the customs. I was pleased to see that the indigenous characters carried that identity with pride. I would like to learn more about the culture through literature, as it is a way of cementing the history for generations to come.

Finally, I loved that the story found a way to (subtly) shine a light on many issues we face every day as Arubans. From child exploitation; to domestic abuse; to our schools not being safe enough; to corruption.  That being said, this book does not bash Aruba by any means, it simply recognizes that even on the most beautiful land, there are problems that need fixing.

Amen cu Sanger is an important piece of modern literature, and tells a captivating story that will pull on your heartstrings. If you want to feel, think, laugh, and cry, give this book a read!

—
Hi there, my name is Jennifer and I am a creative writer based in Aruba. I first discovered my love of telling stories when I interned as a community manager at a local marketing agency, I haven’t stopped writing since!

You can contact Red Soil Publishing through e-mail or Phone. We will respond to all of your questions or concerns as soon as possible.

Send us a message

Why buy from us

Sign In
View Cart
My Wishtlist
Track My Order
Help